Lost Film of the Settle-Carlisle Railway

Be the first to review this product
£15.95
In stock
SKU
DVD 55
Add to Wish List Add to Compare
Skip to the end of the images gallery 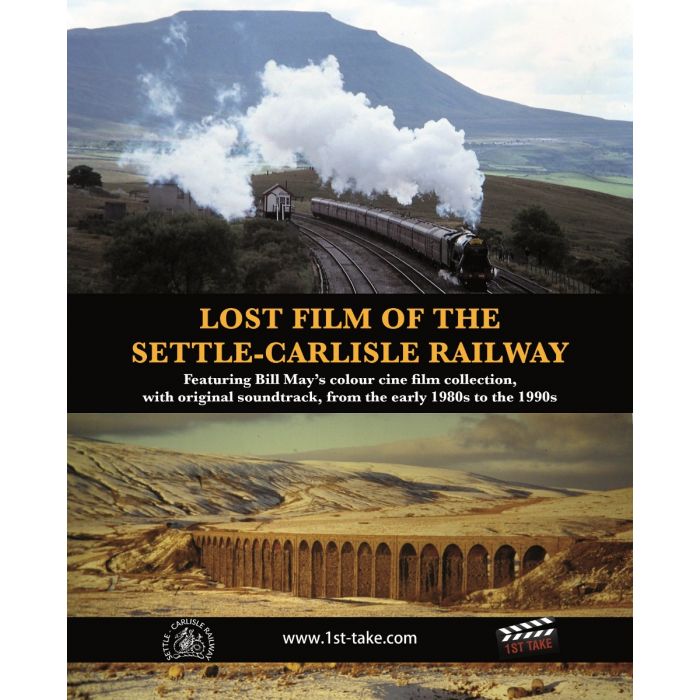 Featuring over 30 minutes of previously unreleased colour cine film - with original soundtrack - from the early 1980s to the 1990s, you can now relax and enjoy some memorable scenes of classic steam locomotives on what many people consider to be England’s most scenic railway.

The magnificent Settle-Carlisle Railway has a proud and defiant history, runs through remote, picturesque regions of the Yorkshire Dales and North Pennines, and boasts several notable viaducts, such as the imposing and
beautiful structure at Ribblehead. Around the time when it was under threat of closure, Sheffield-based railway enthusiast and cameraman, Bill May, made numerous journeys there to capture precious film of the southern
section of the line. A potted history of all the steam locomotives that Bill captured on film has also been added. Locations include: Ais Gill Summit, Garsdale, Dent Head Viaduct, Ribblehead, Horton-in-Ribblesdale and
Helwith Bridge.

1st Take revisited the same scenes in 2020, and met Bill May to savour some of his filming memories. Dent Station, the highest operational mainline station in England, is also featured, along with the superbly restored southern station
at Settle. With the full support of the Friends of the Settle-Carlisle Line, and some superb historic images from the Settle & Carlisle Railway Trust, we also explain why the line was built - and reveal how it survived, against all
odds.